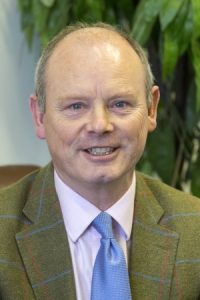 William Lines, BSc(Hons), MSc, CEng, MBCS, CITP, MCMI, spent 17 years in the Royal Navy as a seaman officer and aircrew, with the final fascinating 3½ years in Whitehall. Following a Master’s degree in Information Systems he worked for a software company in London before becoming the first IT Manager at St Paul’s School, London in 1998, creating a robust and effective network for the school and establishing standards and procedures to maintain reliability. During this time he was instrumental in getting the school’s new Management Information System up and running, and also became a Chartered Engineer and a Chartered IT Professional through membership of the British Computer Society. In 2005 he moved to Devon with his family and spent the next 11 years designing, installing and managing the IT systems at Exeter School, and providing occasional support and advice to several other schools. He also runs the IT system at the Cullompton Community Centre.

William lives in East Devon with his wife and some of their grown-up family, the dog, geese, hens and bees. He has helped with schools’ Ten Tors training for many years, is a keen walker, beekeeper and member of the local church and community.